The DeWitt Wallace Center for Media & Democracy is Duke University’s hub for the study of journalism.

The DeWitt Wallace Center for Media & Democracy is Duke University’s hub for the study of journalism. We study the interaction between news media and policy; we support watchdog and accountability reporting in the U.S. and around the world; and we teach about the media’s role in democracy. Founded in 1973, the DeWitt Wallace Center (DWC) is part of the Sanford School of Public Policy, and shares in the School’s mission of teaching, research, and policy engagement, with the goal of putting knowledge in service to society.

The DeWitt Wallace Center offers over 20 undergraduate and graduate courses designed to give students a thorough understanding of the principles and the practice of journalism.  Together with support from Trinity Arts & Sciences, the Center hosts the Policy Journalism and Media Studies Certificate, an undergraduate certificate program for students aspiring to become future journalists, or private and public sector leaders who will interact with the media.  To register for DeWitt Wallace Center media courses, look for courses listed under the subject code PJMS. 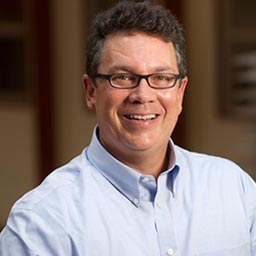 Knight Professor of the Practice of Journalism and Public Policy, Director of the DeWitt Wallace Center for Media and Democracy

Knight Professor of the Practice of Journalism and Public Policy; Director of the DeWitt Wallace Center for Media and Democracy. One of 25 Knight Chairs at universities around the country, Adair’s research and teaching focuses on fact-checking and new forms of journalism. His research includes the work of the Duke Reporters’ Lab, which he co-directs with Mark Stencel, and includes 8-12 student researchers each year. The Reporters’ Lab experiments with new forms of journalism, including fact-checking, which is growing around the world, empowering democracies and holding governments accountable, and structured journalism, which creates new forms of storytelling and beat reporting.

Recent publications/media:
The Lies Heard Round The World The New York times (02/2015) 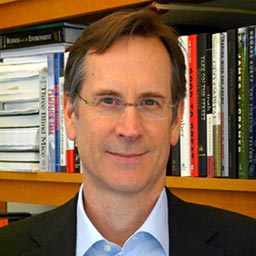 Eugene C. Patterson Professor of the Practice of Journalism and Public Policy; Director of the Rutherfurd Living History Program.

Professor Bennett teaches about journalism and national security secrecy, narrative journalism and coverage of war, as well as a core certificate program course on media ethics.

Professor Bennett also directs the Rutherfurd Living History Program, through which he conducts research on new technologies for producing, searching and working with interviews and oral histories. The program employs a team of professional and student researchers who produce oral histories, adding to the archive of oral histories produced since 1973.

Melcher Family Award for Excellence in Journalism
The Melcher Award annually recognizes an undergraduate writer at Duke University for the best journalistic piece produced in the previous year.

John Fisher Zeidman Memorial Colloquium on Politics and the Press
The Zeidman Colloquium convenes panels comprising some of the most well-known journalists of our time to discuss the relationship between media and politics, held biannually during election years. The next Zeidman Colloquium will take place in the fall of 2012, coinciding with the U.S. presidential election.

The Ways & Means podcast features some of the brightest new ideas for how to improve human society. We hear from the Daily Show’s resident fact-checker Adam Chodikoff. Also, Pulitzer Prize winner Bill Adair and a new movement of reporters going to great lengths to ensure we the people know the truth — especially when it comes to politics. We've got Republicans, Democrats and an upstart fact-checker from Iran, a country that has jailed numerous reporters.
Share: