As the chief White House correspondent for NBC News, Hallie Jackson covers a president who is known for making false statements — while attacking journalists for delivering “fake news” to their readers.

You might think that would be frustrating for Jackson, who has been covering Trump since he won the Republican nomination for president. But Jackson said there are three words that guide her work as a journalist: Follow the facts.

“Tom Brokaw gave me this advice, and for me, that has become a touchstone,” Jackson said Oct. 16 at Duke University, where she gave the James D. Ewing Lecture on Ethics in Journalism. “There is a lot of noise. No matter what you’re covering, you’ve got to follow the facts. Doesn’t that sound so dumb and obvious? But sometimes it’s not.”

Jackson has a front-row seat for the daily White House briefings, where press secretary Sarah Huckabee Sanders often tries to explain recent statements from Trump that journalists have shown are false. But Jackson told the Duke audience that she tries to be persistent but respectful with her questions.

“When he calls NBC News ‘fake news,’ I know it’s not. I know what our reporting is, and it’s real.”

“My job is not to get frustrated. My job is to get answers,” she said. “[My questions] need to come from a place of looking for the facts, not looking to get into a fight. It might be entertaining to see two people attack each other, but that’s also not that informative.”

Every day, Jackson juggles multiple responsibilities with NBC’s many publishing and broadcasting platforms. On any given day you might see her on “Morning Joe” on MSNBC, the “Today” show on NBC and hosting “Live with Hallie Jackson” on MSNBC at 10 a.m. She also regularly contributes to “NBC Nightly News With Lester Holt.” When she’s not on the air, she is working from a cramped office at the White House, calling sources and writing scripts.

Though her schedule is busy and the news cycle relentless, Jackson said it’s important to hold the Trump administration accountable — not just for its latest actions, but for statements and promises of the past.

“It is a really interesting time to be a journalist. It’s historic, frankly,” she said. “I have my dream job, covering the story that everyone is talking about. But it’s important from a journalistic standpoint to still be following up on everything. It’s always good to be able to push the president on policy, on news, on whatever people are wondering about.”

And then there’s the “fake news” problem.

Though President Trump has long referred to some media organizations, particularly CNN, as “fake news,” he has recently aimed his ire at NBC, even suggesting that the network’s license should be revoked after he deemed reports from NBC journalists inaccurate.

Jackson said she doesn’t get caught up in how the president feels about her reporting.

“When he calls NBC News ‘fake news,’ I know it’s not. I know what our reporting is, and it’s real,” she said. “Some of [Trump’s behavior] is theatrics. It’s not as though he hates the news, but he knows it works for him to go after the news media.”

She said journalists shouldn’t be distracted by his attacks and should stay focused on the president’s plans and actions.

“Getting into the daily, navel-gazey grind can be detrimental, because then you’re not talking about policy. You’re not talking about what matters,” she said. “Institutionally, it’s important to have a president that appreciates the First Amendment. But personally, I like to keep the focus on what he’s doing when it comes to policy. That’s where you’ll find more of the news.” 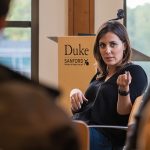 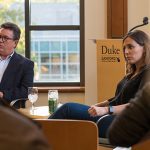 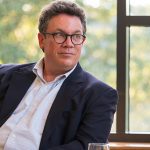 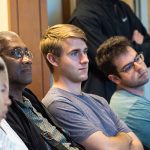 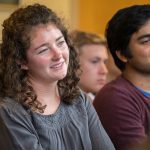 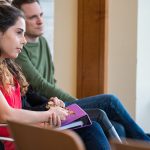 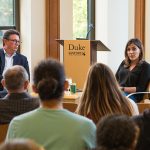 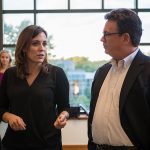 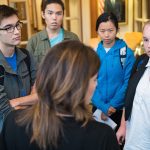 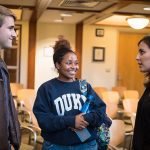 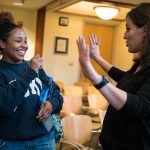 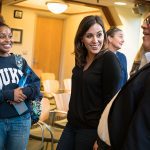