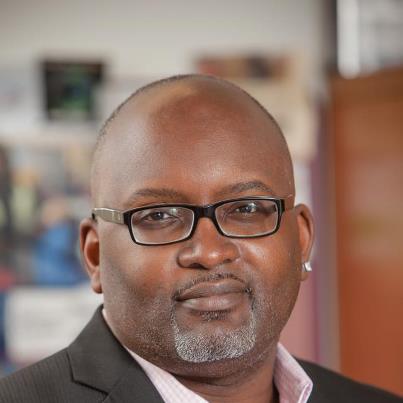 Eric Deggans is NPR’s first full-time TV critic, crafting stories and commentaries for the network’s shows, including Morning Edition, Here & Now and All Things Considered, along with writing material for NPR.org and appearing on podcasts such as Code Switch and Pop Culture Happy Hour. He also serves as a media analyst and contributor for MSNBC and NBC News.

In spring 2019, he also served as chairman for the board of educators, journalists and media experts who select the George Foster Peabody Awards for excellence in electronic media at the University of Georgia. And in August 2019, he was honored with American Sociological Association’s Excellence in the Reporting of Social Issues Award.

Eric came to NPR in September 2013 from the Tampa Bay Times newspaper in Florida, where he served as TV/Media Critic and in other roles for nearly 20 years. He is also author of Race-Baiter: How the Media Wields Dangerous Words to Divide a Nation, a look at how prejudice, racism and sexism fuels modern media, published in October 2012 by Palgrave Macmillan.

He guest hosted CNN’s media analysis show Reliable Sources several times in 2013, the same year he joined a prestigious group of contributors to create the first ethics book issued through a partnership between Craiglist founder Craig Newmark and the Poynter Institute for Media Studies. Developed as Poynter’s first ethics book for the digital age, The New Ethics of Journalism was published in August 2013 by Sage/CQ Press.

Born in Washington D.C. but raised in Gary, Ind., Eric has contributed as a pundit, freelance writer or essayist to many media outlets, including, The New York Times online; POLITICO; NBC Nightly News, CBS This Morning; The NewsHour (PBS) and a host of public and commercial radio and TV platforms. He is based in Saint Petersburg, Florida with an office inside The Poynter Institute for Media Studies.

Eric Deggans explains how to choose a TV streaming service you actually want, for NPR

Eric Deggans talks with “The Wire” creator David Simon on how newsrooms can cover race better, for Columbia Journalism Review